LONDON, 24 SEPTEMBER, 2020 – Award-winning Gospel Hip Hop and RnB star Sophy-Yah has released her new single soon. Titled “Stop the hurt”, her new song is about domestic violence and how it pervades our entire culture and system in the present day. 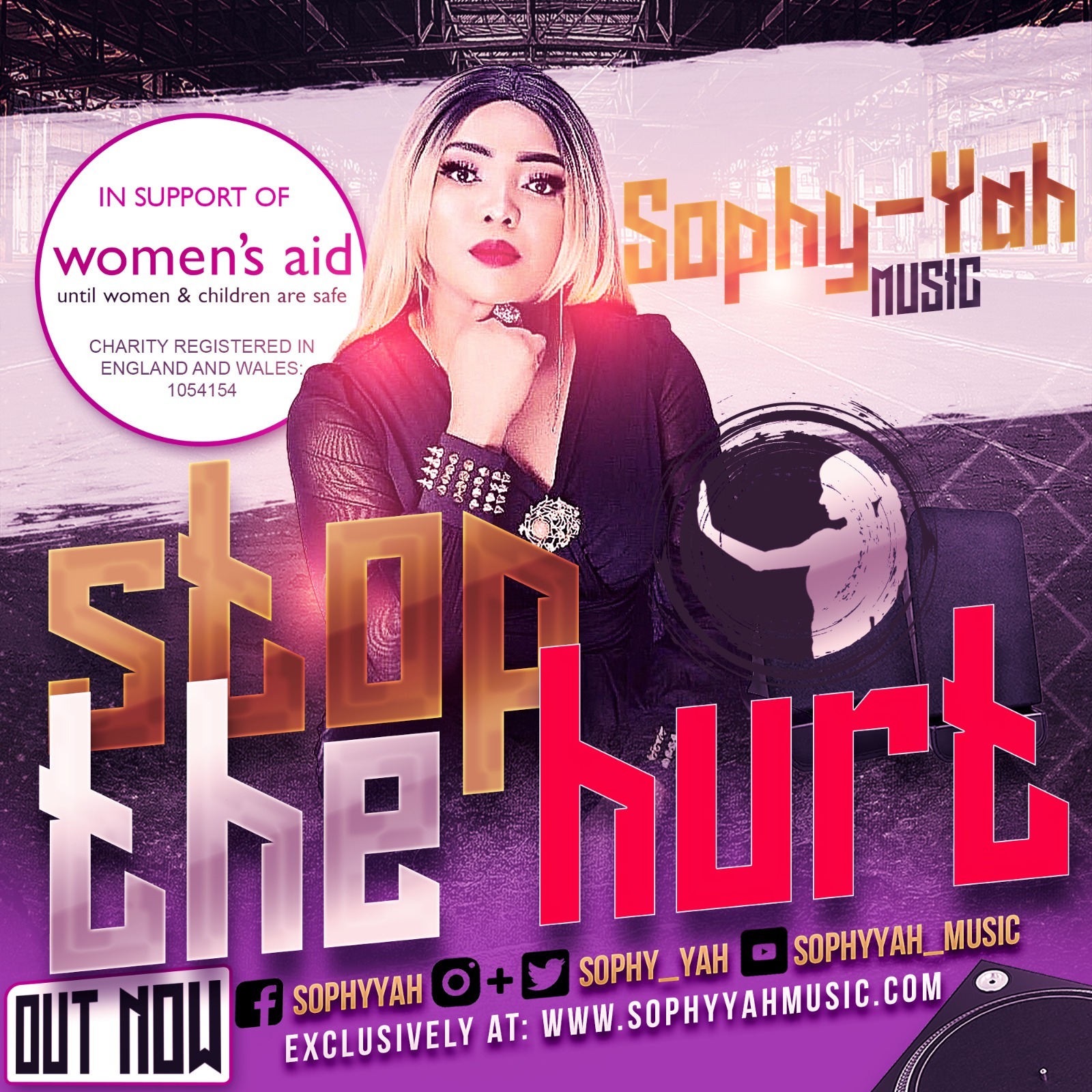 Sophy-Yah said that “Stop The Hurt” is a song that talks extensively about domestic violence and its effects. No one should ever have to go through any kind of abuse, whether it is physical, psychological or emotional. The long term damages are so extensive that many people often end up committing suicide. If not, they live a heavily scarred and broken life, unable to receive any kind of love ever again. Worse, such victims often become the abusers of the next generation.

Many have reported since the lockdown began that domestic abuse has skyrocketed, not just in the UK but across the world. Notwithstanding the reasons, this behaviour shows that there are many cracks in our civilized structure. It will only be a matter of time before this structure collapses and anarchy starts to reign.

“Stop The Hurt is released in support of Women’s Aid a UK based charity that looks after abused women. Women’s Aid is a national charity working to end domestic abuse against women and children. All proceeds from the sale of the single will be donated to them for the brilliant job they do. I hope and trust that this song will impact as many that will listen to it and remedy this ill in the society and build a better one of godliness and mutual respect”, said Sophy-Yah.

The song is not just for a particular race, or set of people, but for everyone as it cuts across all religion, race, tribe and ethnicity. it’s an emotional song with lots of sobriety, it’s a song for everyone who enjoys good music with moving lyrics. In conclusion, her expectation from every member of the public that the song gets to, is that it impacts, she also hopes and trusts that the song will help remedy the ills in the society.’ To download the track and understand why “Stop the Hurt” has gained so much attention around the world, please visit
https://www.sophyyahmusic.com/product/stop-the-hurt/